We’re happy to share a highlight from our Summer 2022 Iceland program about their time spent in Ísafjörður.

We have spent three days in Ísafjörður (our bus driver’s hometown). It was been some of the best bonding and adventure that a group could have. Here is a summary of our days there.

We spent the morning at the University of the Westfjords listening to lectures from current graduate students on light pollution and glaciology. We then had lunch in town and there was a choice in the afternoon between exploring the town or taking a walk with Katryn Wiese to talk geology. The walk became a very long hike and the students made it all the way up to the ski resort in town. After these adventures we had dinner at a lovely restaurant. 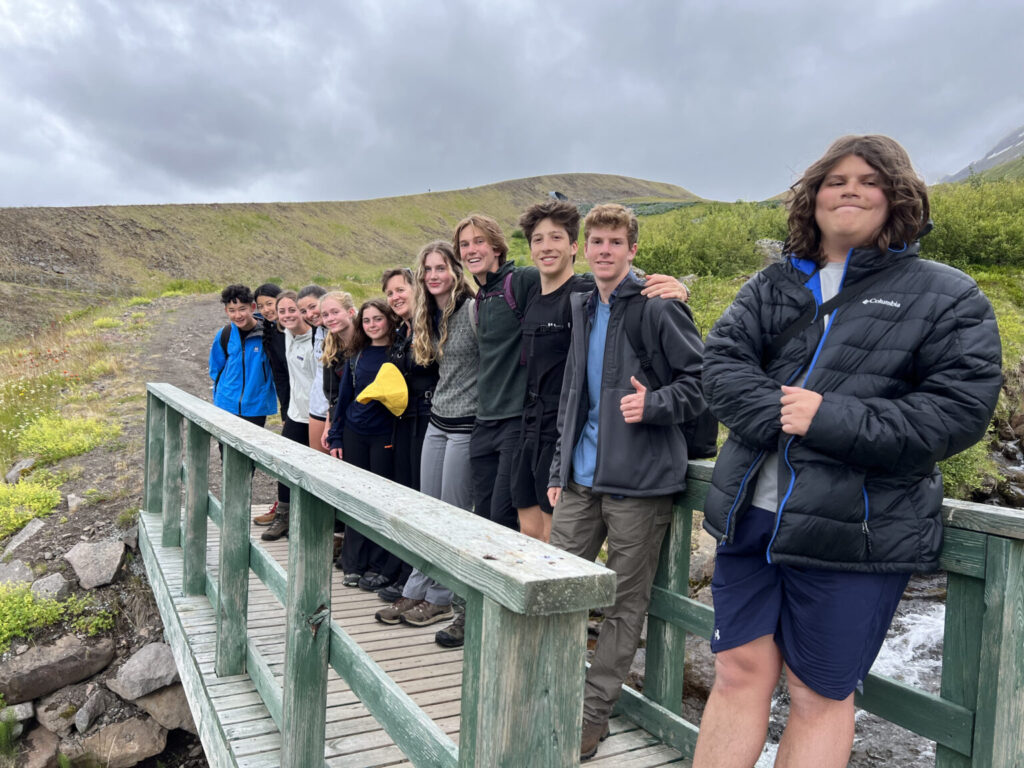 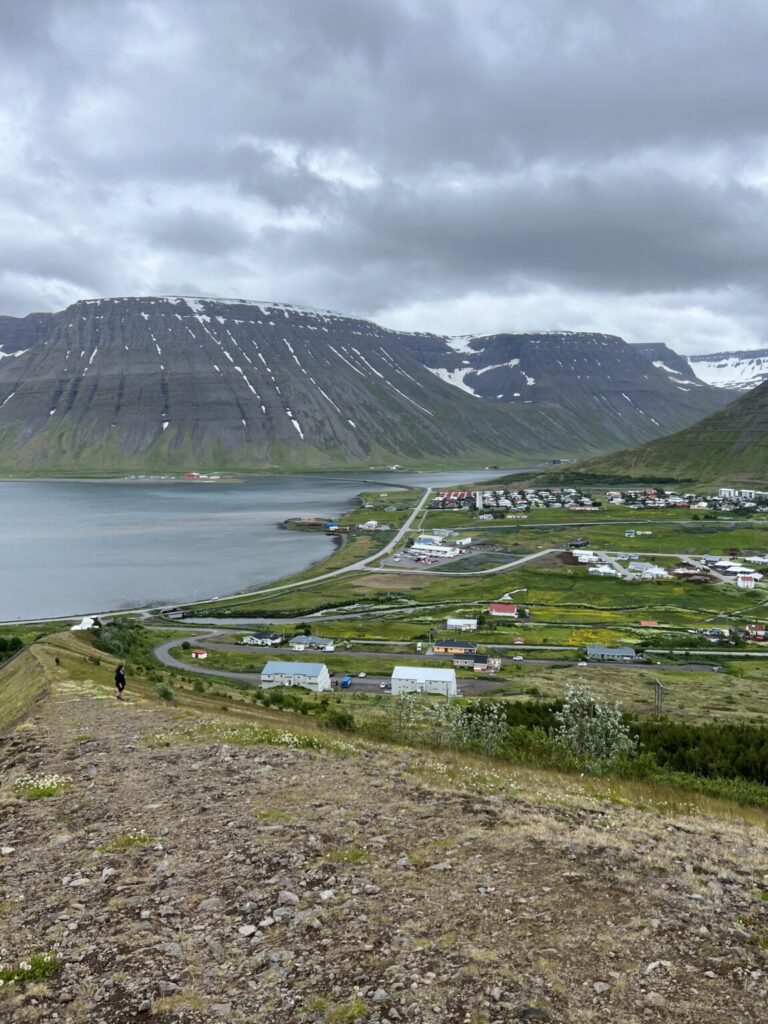 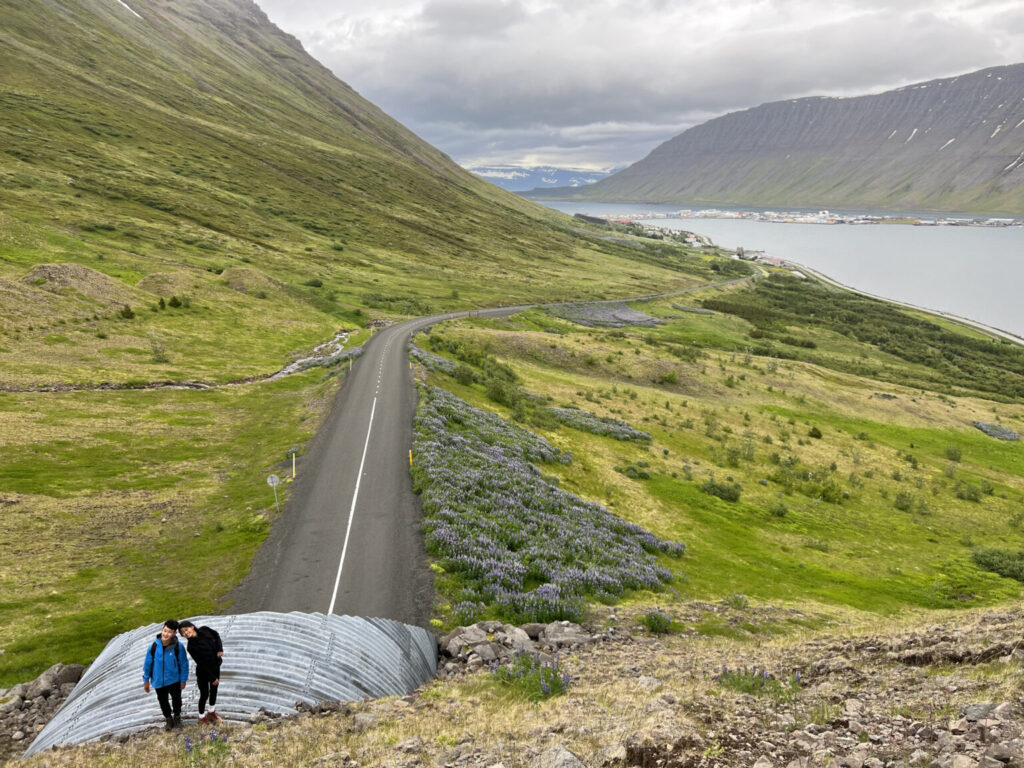 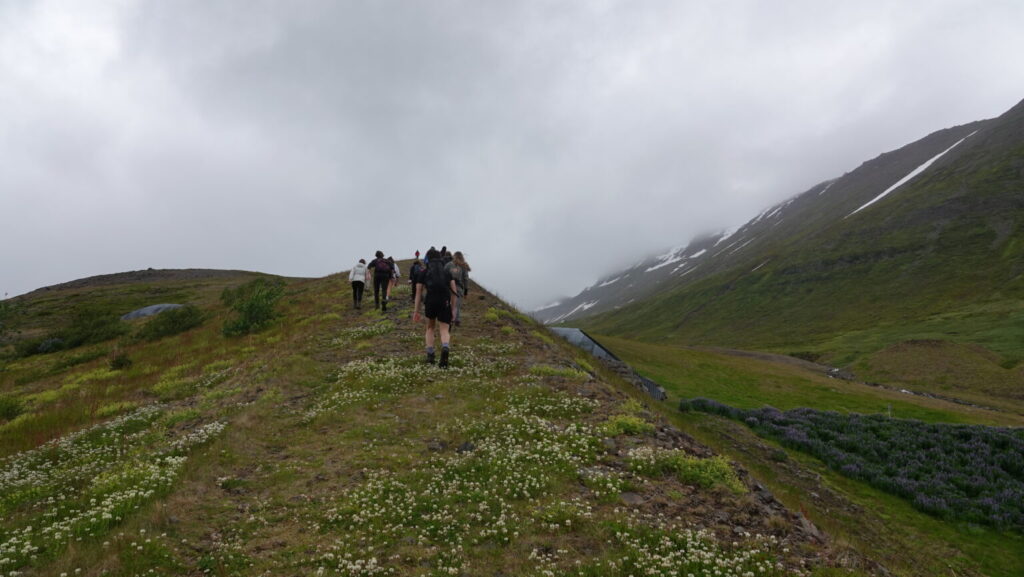 The day we had all been waiting for started at 7:45 sharp. After putting together day packs, we walked to the Ísafjörður harbor and embarked on a small ferry that brought us out to the northernmost tip of the Hornstrandir Nature Reserve. After seeing whales, our first hike began. Just a few minutes into the hike we had the opportunity to see common seals basking in the warm sunlight. 1.2 miles from our landing point we found the remains of an old whaling station, which opened around the turn of the twentieth century. Icelanders whaled intensely in this period, almost eliminating the entire whale population in less than 20 years. After government restrictions in the early 1910s, the station closed and fell into disarray. We then returned back to our starting point for crepes and hot chocolate, relaxing in the sun before our long hike.

An hour later, our journey began. We climbed up the sides of a fjord, ate lunch at the summit, and saw an arctic fox along the way. After traversing the ridgeline we descended into another fjord on the south of the Nature Reserve, winding our way down the rocky hillside. The river crossing came next. It was then a short walk to the ocean, where we reboarded our boat and sailed back to Ísafjörður. We finished the night with Icelandic burgers, a movie, and some well-needed rest. 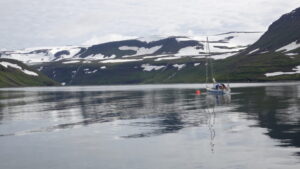 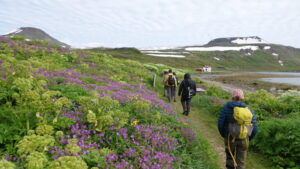 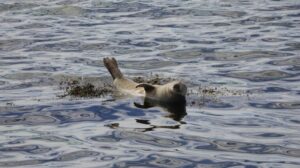 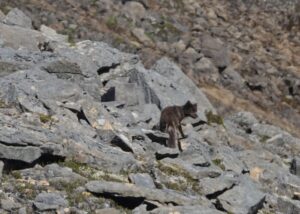 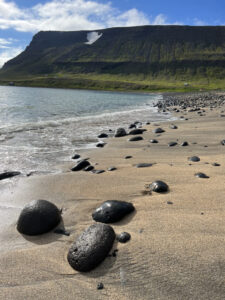 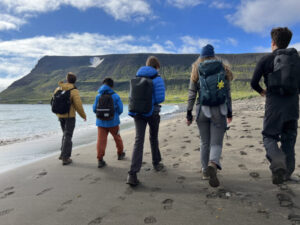 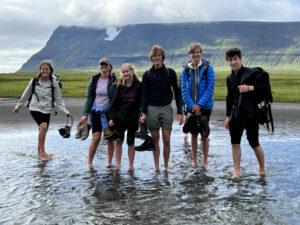 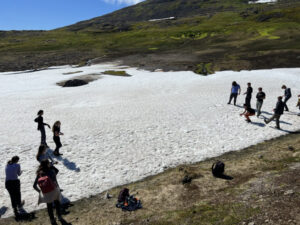 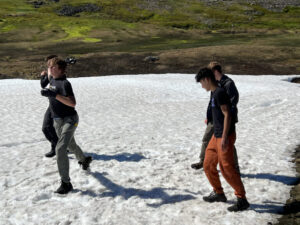 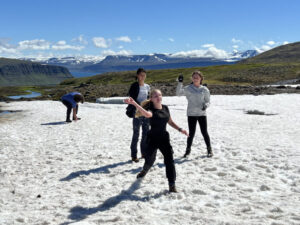 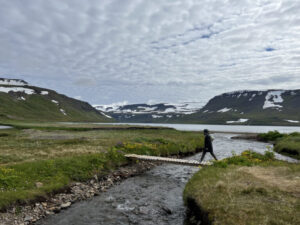 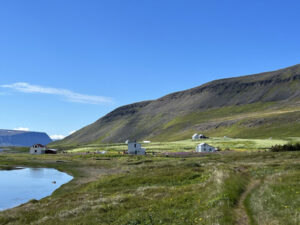 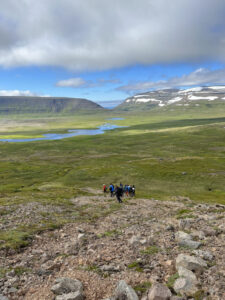 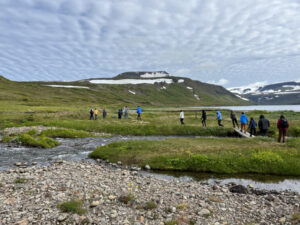 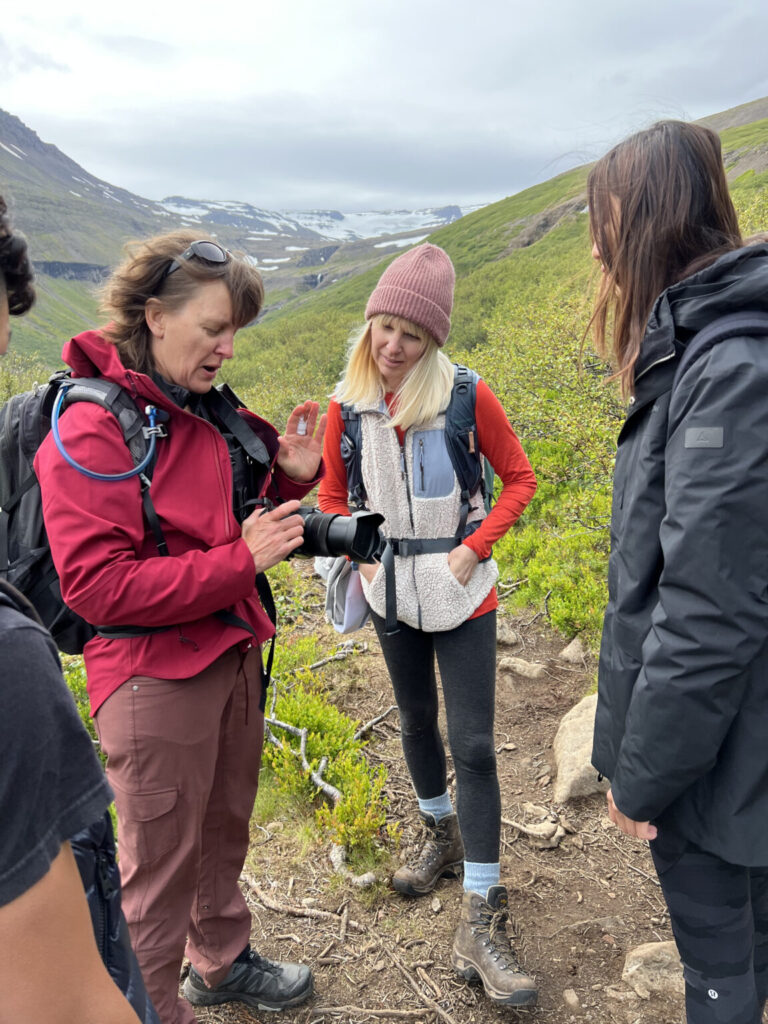 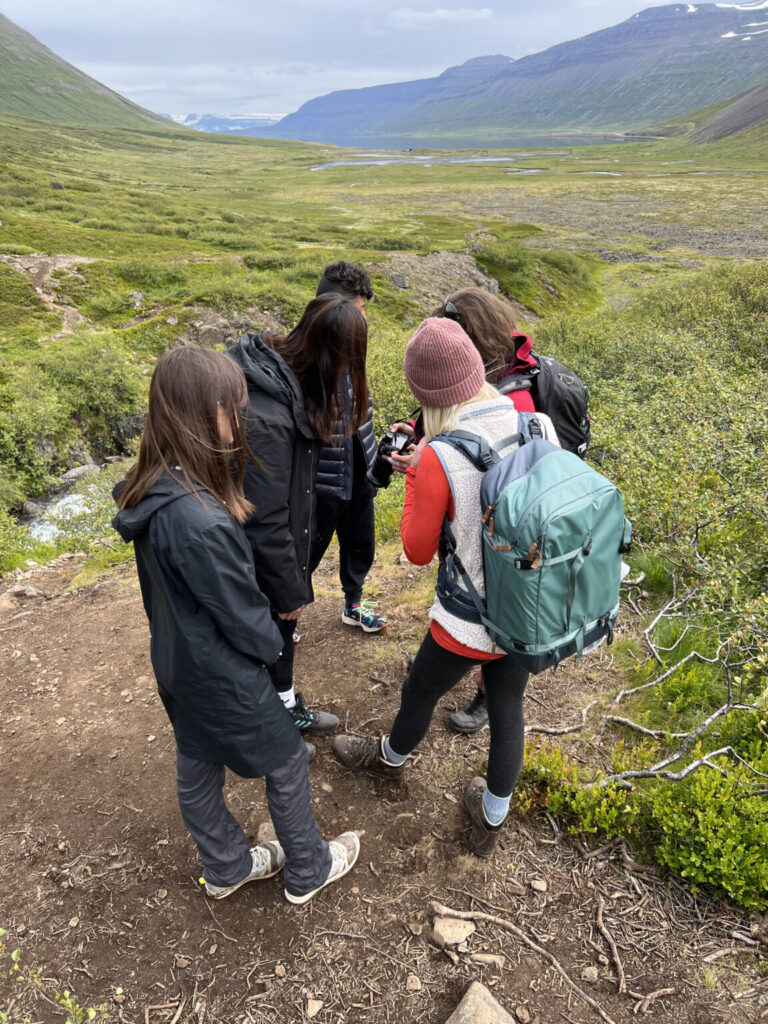 We had an amazing lunch at Husids and then went kayaking in the afternoon. The weather was sunny and beautiful and everyone really enjoyed themselves. Marcos fell in but was a good sport about it and several of the kids jumped in off the dock at the end to take a dip in the arctic. Thanks to Connie for getting everyone else motivated to jump! 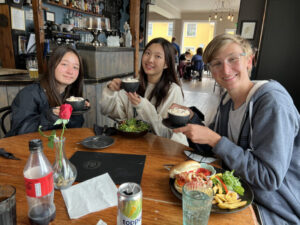 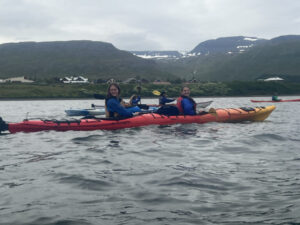 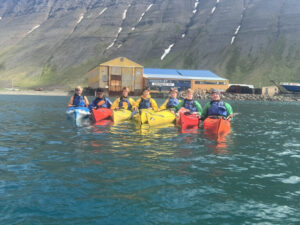 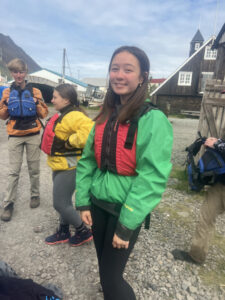 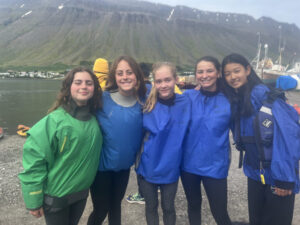 Some students ended the evening at the local soccer field which we all agreed had the most beautiful backdrop of any field in the world. 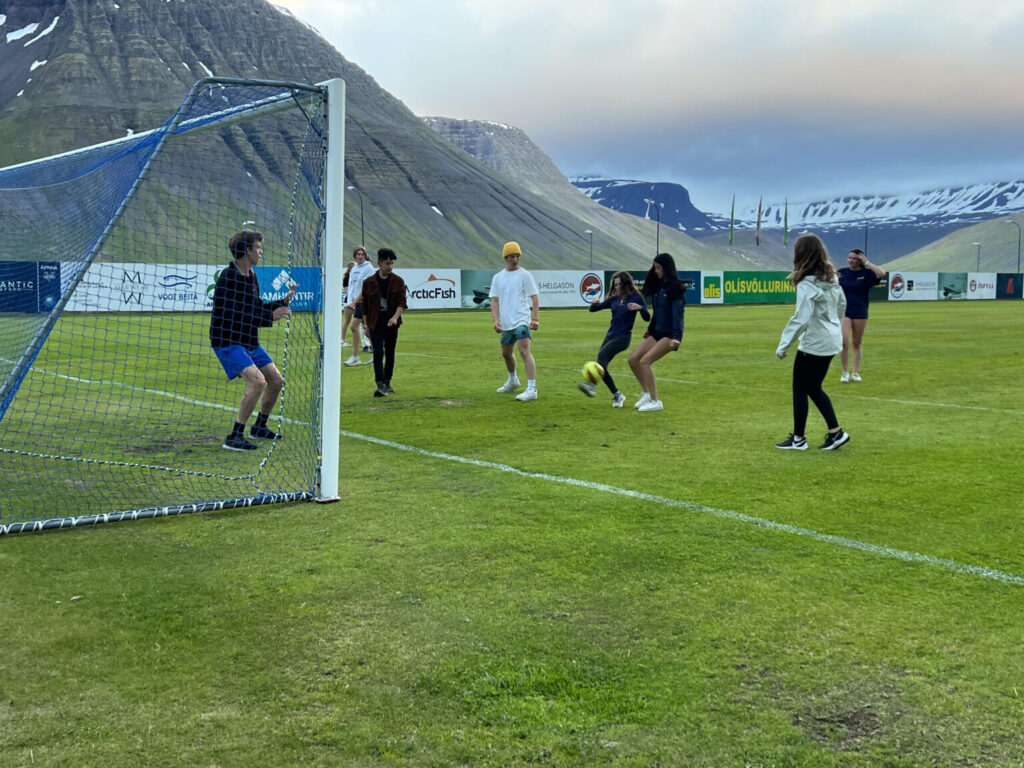 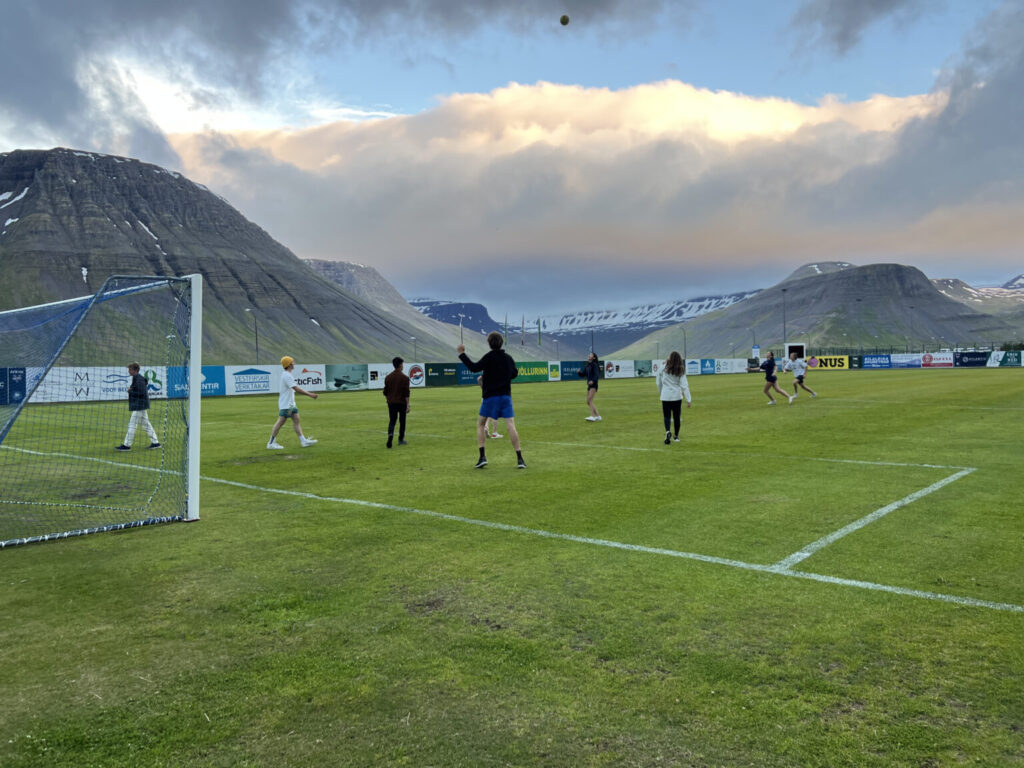 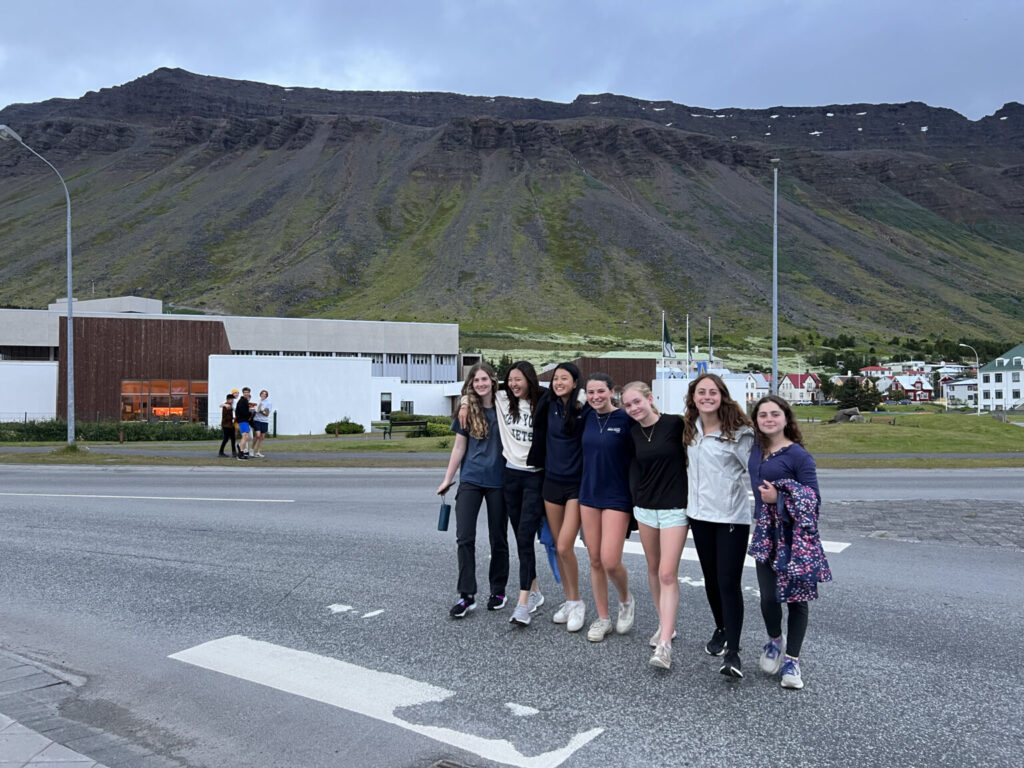 Final Picture with Smithsonian flag on the beach. 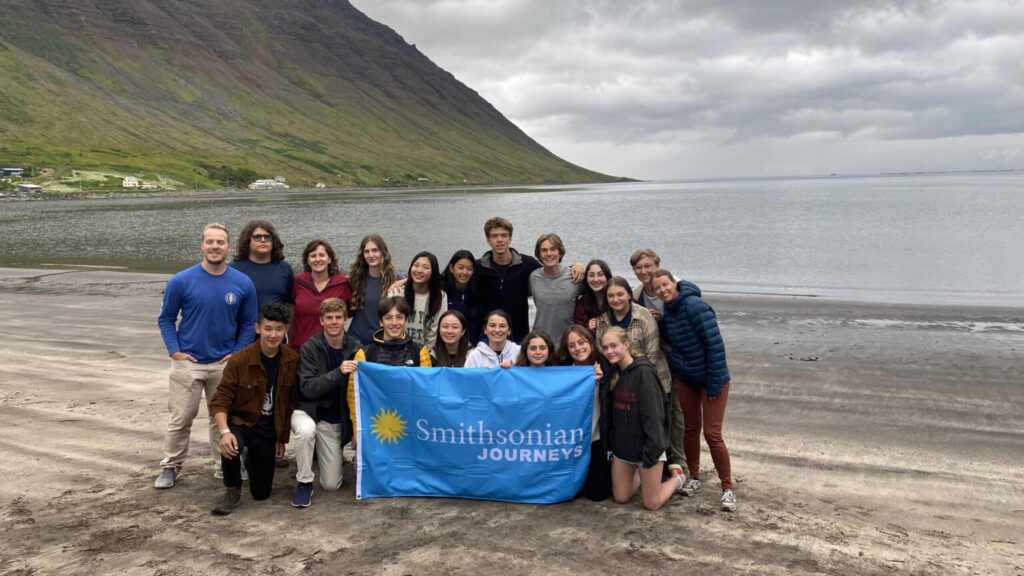