Witness volcanoes, glaciers, waterfalls, thermal pools, and other geological wonders as you explore the magical landscapes of Iceland, where both climate change and successes in renewable energy are fast-moving and highly visible. On this high school summer program, travel from Reykjavík to the remote Westfjords as you gain an in-depth understanding of the country’s unique past and witness firsthand the challenges presented by a changing climate. Meet with fishermen to hear about impacts on traditional fisheries, learn about geothermal energy from geologists, and hike in one of Europe’s last true wilderness areas. Gain insight and knowledge about clean energy, climate change, and possibilities for adaptation as you begin to envision the future of our changing planet.
June 27, 2023–July 11, 2023 (15 days)
July 12, 2023–July 26, 2023 (15 days)
Students completing grades: 8–12
Tuition: $8,790 + airfare
Typical Group: 16–18 students + 2 leaders
Apply Now 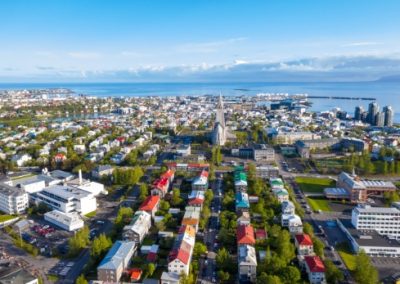 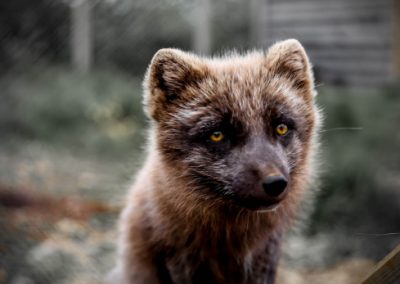 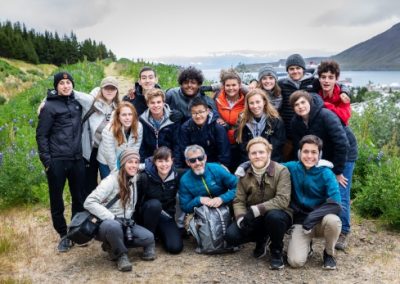 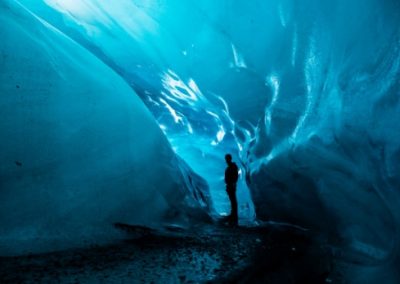 This itinerary represents our plan for the program. However, we may implement changes if we identify opportunities to improve the experience, to take advantage of unexpected events, or to accommodate local schedule changes.

Departure • Travel Day • Meet your student travel group and one of your trip leaders in New York City, and fly together to Keflavík, Iceland.

Reykjavík & the Golden Circle • 3 days • Start off your journey with a relaxing soak in the famous Blue Lagoon. Then head to Reykjavík, the world’s northernmost capital, to begin your program with an in-depth program orientation, where you’ll get to know your fellow travelers and group leaders. Explore Reykjavík’s eclectic cafes and visit the ruins of a Viking household excavated downtown. Then head east into the interior highlands and travel the iconic Golden Circle. Go behind the scenes with geologists at the Hellisheidi Power Plant to learn how Iceland harnesses geothermal energy for sustainable living. Visit the thundering Gullfoss waterfall, walk between two tectonic plates at Thingvellir National Park, and witness the steaming eruptions at Geysir.

Snaefellsnes Peninsula • 3 days • As you journey north, explore the black-sand beaches of Djupalon and Dritvik to learn the stories of the ancient lifting stones. Ride Icelandic horses along the ocean and speak with volcanologists at the acclaimed Volcano Museum in Stykkishólmur. Don crampons and ice picks to trek on the Snaefellsjokull glacier with expert guides. Then, compare this terrain to the nearby site of Iceland’s first “extinct” glacier, and learn why Icelanders foresee a future in which all glaciers might follow this path.

Breiðavík • 2 days • Travel farther north by ferry and explore the southern peninsulas of the Westfjords from our base in the town of Breiðavík. Climb the rocky outcrops alongside Dynjandi waterfall and soak in geothermal hot springs overlooking the ocean. Hike between cairns that once connected ancient settlements, and photograph puffins nesting along the Látrabjarg peninsula, the westernmost tip of Europe. Actively participate in one of Iceland’s key industries as you meet local fishermen and visit newly emerging fish farms that dot the water. See firsthand the incredible varieties of species of the north Atlantic and learn how fish stocks are changing with the warming currents along the coast.

Isafjordur • 4 days • Continue on to Isafjordur, the largest town in the Westfjords, situated just 35 miles from the edge of the Arctic Circle. Kayak pristine blue waters scouting for playful seals, whales, and seabirds, and spend an afternoon at the Arctic Fox Center, which conducts research on this special species. Travel by boat from Isafjordur to the Hornstrandir Nature Reserve, considered one of the last true wilderness areas of Europe. Known for its thriving Arctic fox population, scout for pups as you hike through fields of wildflowers, along picturesque seaside cliffs, and rocky plateaus dotted with glacial lakes. Take in the views of the harbor at the “Troll’s Throne” and reflect on tourism’s role in the current Icelandic economy and landscape.

Reykjavík • 1 day • On your journey back to Reykjavik, stop in the town of Holmavik to gain perspectives on Icelanders’ relationship with elves and folklore. Enjoy a celebratory meal with new friends in the city and cap off your program with a final farewell.

Return • Travel Day • Fly from Keflavík to New York City with your group and a trip leader, then continue on to your final destination.

The experts highlighted below are examples of professionals that will join the group at various points throughout the itinerary to add their expertise and insight to the program theme. 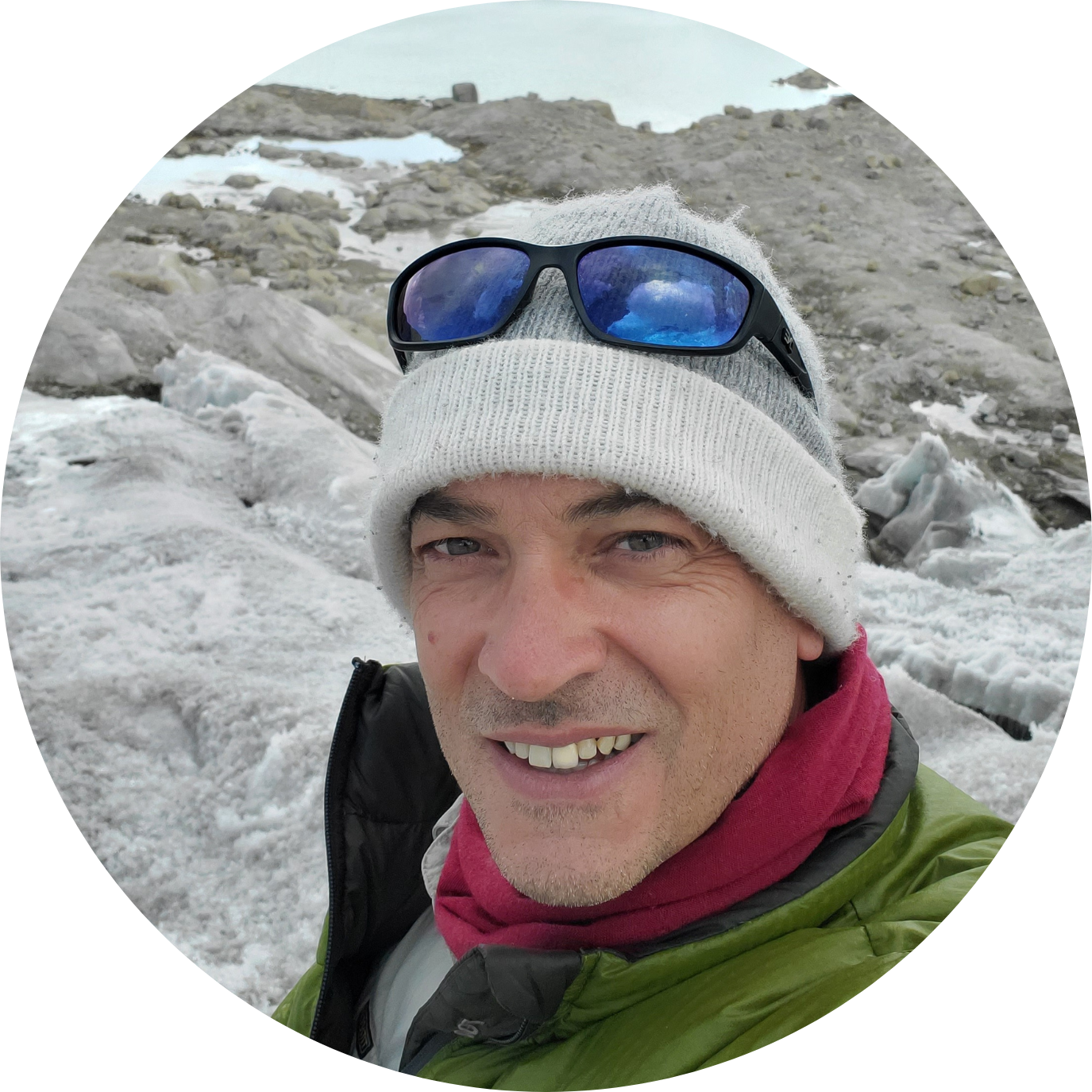 Dan’s graduate research was primarily focused on Antarctica. As a member of the United States International Trans-Antarctic Scientific Expedition team, he completed five Antarctic field seasons, traversing more than 10,000 km over the ice sheet and drilling more than 40 ice cores along the way. Dan continues to focus his research on reconstructing paleoclimate using the chemistry contained in snow and ice. He has also worked in Iceland, Southern Patagonia, the New Zealand Southern Alps, the Central Chilean Andes, the Olympic Mountains, the Saint Elias Mountains, the Island of South Georgia, and most-recently in the Peruvian Andes. Dan is a recipient of the United States Antarctic Program Polar Service Medal and has received a National Science Foundation Achievement Award for Traversing in Antarctica.

Dan will be joining the June 27 departure of the Iceland program. 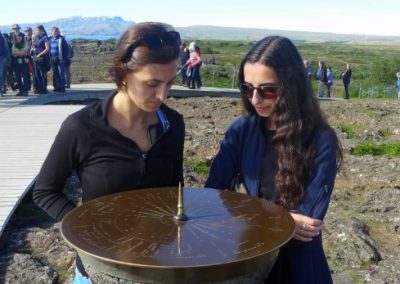 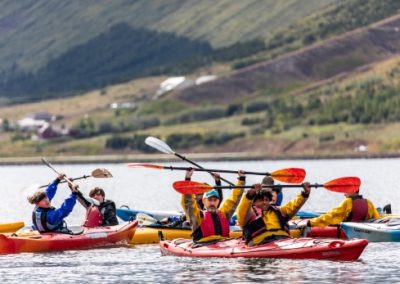 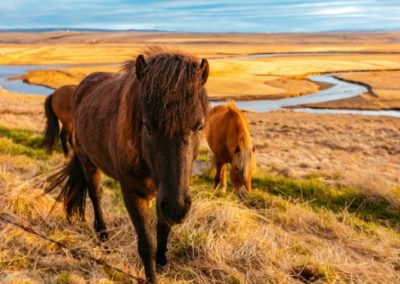 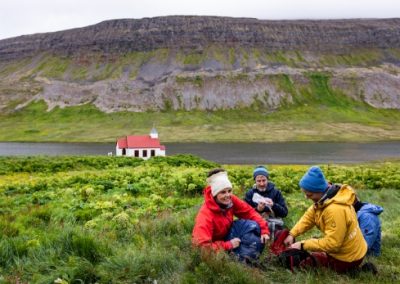 Physical Activity • This is a physically active summer travel program. Walking, hiking, glacier trekking, horseback riding, and kayaking are all activities in which you might participate. You do not need to be at peak fitness, but it is essential that you have a desire to be physically active, and that you are excited about trying all activities.

Accommodations • Our accommodations in Iceland range from youth hostels to small, rural guesthouses and farmsteads. Many of our residences are run by welcoming Icelandic families who live in town or on the premises. Leaders stay together with students throughout the program.

Climate • Summer days are long at the edge of the Arctic Circle (averaging 19 hours of daylight per day!), with brisk temperatures around 50-60°F and occasional rain and wind.

Meals • We eat meals either at our accommodations, on-the-go during our daily excursions, or at local restaurants. Oftentimes, we form cooking and cleaning crews to help with meal preparations and cleanup.

Language • Icelandic is the official language of Iceland; however, English is widely spoken throughout the country.