Few places display architecture more dramatically and holistically than Spain and Portugal. Journey across the Iberian Peninsula and relive its fascinating multicultural history, from the Visigoths, Romans, and Celts to centuries of Moorish rule, and on through the Middle Ages to the Renaissance, Romanticism, Modernism, and the present day. Begin in Lisbon, Portugal, then cross into Spain with stops in Cáceres and the capital, Madrid, before ending in the cosmopolitan seaside city of Barcelona. Witness firsthand how we have been shaped by and sought to shape our environment, and what lessons the past holds for our modern life.
June 17, 2023–July 2, 2023 (16 days)
June 25, 2023–July 10, 2023 (16 days)
Students completing grades: 8–12
Tuition: $8,490 + airfare
Typical Group: 18-21 + 2 leaders
Apply Now 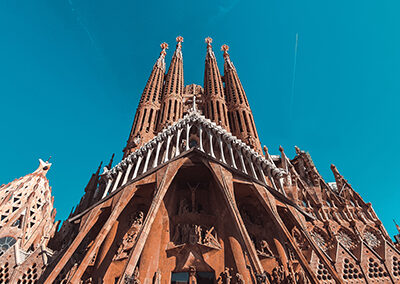 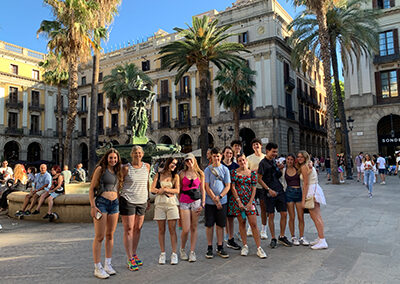 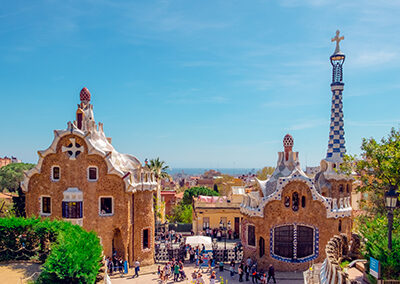 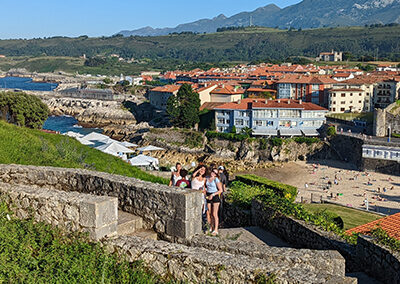 This itinerary represents our plan for the program. However, we may implement changes if we identify opportunities to improve the experience, to take advantage of unexpected events, or to accommodate local schedule changes.

Departure • Travel Day • Meet your student travel group and one of your trip leaders in New York and fly together to Lisbon, Portugal.

Lisbon, Portugal • 4 days • Begin your journey in Lisbon, one of the oldest continually inhabited cities in the world. Stroll past Phoenician ruins that exist side by side with Gothic cathedrals and modern wonders such as the Museum of Art, Architecture, and Technology (MAAT). Learn how Lisbon’s famed seven hills and location at the mouth of the Tagus River influenced its development, and what changes were wrought by the cataclysmic earthquake of 1755. Take a day trip to nearby Sintra, home of several 19th century palaces with vivid pink, yellow, and red walls, a Moorish castle, and a mansion that once housed the initiation ceremonies of the Knights Templar.

Cáceres, Spain • 3 days • From Lisbon, head east into Spain. Stop first in the town of Évora, home to a second century Roman Temple, and then continue on to Cáceres, whose historic old town is a UNESCO World Heritage site where Roman, Islamic, Gothic, and Renaissance structures both blend and compete for attention. Discuss the cultural melting pot which defines this ancient city while sitting in the shade of the olive grove at the heart of the Jewish Quarter, and see vestiges of the multi-tower defense system built by the Moorish rulers in the 11th and 12th centuries.

Madrid, Spain • 3 days • By contrast to Cáceres and Lisbon, Madrid is a relatively new city, with less than 500 years under its belt as an urban center. Delve into some of the modern ideas that influenced its urban planning—from the trade and service neighborhoods surrounding the 18th century palace to the impressive public gardens of Retiro Park, with its glass and iron Crystal Palace and unique monument to “The Fallen Angel.”  Visit the second century B.C. Egyptian Temple of Dobod before stepping out on the pitch of the modern-day sports “temple” of Santiago Bernabeu. Here, your Smithsonian Student Travel Expert joins the program to share their insights into Spanish art and culture. Examine modern masterpieces by Picasso and Dalí at the renowned Reina Sofía Museum, and see the dynamic tensions of the everyday lives of royalty and peasant classes as depicted by Goya and Velázquez at the world-class Prado Museum. Step into a modern day polemic as you meet with an architect to examine the impacts of recently reclaimed pedestrian streets that rollback automotive access to the city center.

Barcelona, Spain • 4 days • Even to this day, architects and urban planners around the world look to Barcelona, and in particular Gaudí and his fellow modernists, for inspiration. Peel back layers of this vibrant city, from the cobblestoned Gothic Quarters to the revolutionary grid and courtyard system of the Eixample, to the iconic effusiveness of Gaudí’s Parque Güell, Casa Batlló, and still unfinished Sagrada Familia Basílica. Visit the Picasso Museum, housed inside a medieval palace. This museum holds over 4,000 of the artist’s works. See the ongoing impacts of the 1992 Summer Olympics and the urban renewal that accompanied them and pick one of the city’s many vibrant neighborhoods to do your own architectural use case and redesign survey as a fitting end to your Iberian journey.

Return • Travel Day • Fly from Barcelona, Spain, to New York with your group and a trip leader, then continue on to your final destination.

The expert(s) highlighted below are examples of professionals that will join the group at various points throughout the itinerary to add their expertise and insight to the program theme.

Francisco García-Serrano earned his M.A and Ph.D. in Medieval Iberian History at the University of California, Berkeley and is currently a professor of History in the Department of Humanities at Saint Louis University, Madrid Campus. In addition, he has been a visiting professor at U.C. Berkeley, New York University in Madrid, and Sophia University in Tokyo, Japan. His research focuses on the influence of the Mendicant Orders in Spain during the late Middle Ages and on religious identity and interfaith relations.

Professor García-Serrano also serves as the Director of Ibero-American Studies at Saint Louis University, Madrid Campus, an academic program that he created. In addition he is the current president of the interdisciplinary association AHLiST (2012-2015) and has organized a number of international conferences.

Francisco will be joining both departures of the Portugal & Spain program. 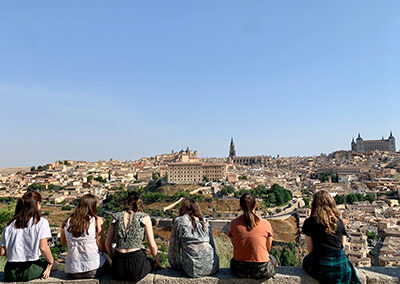 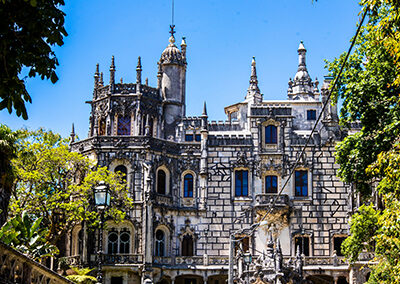 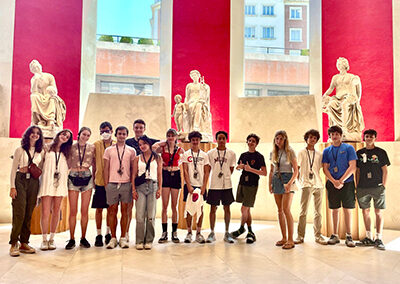 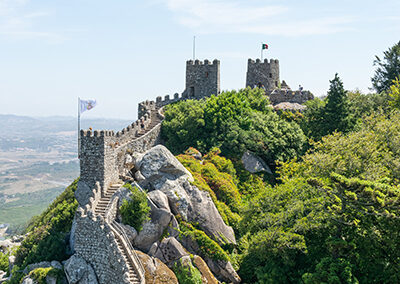 Physical Activity • This is a physically active summer travel program. You can expect to climb stairs to castle parapets, walk the cobblestone streets of medieval city centers, swim, and go on evening bike rides over the course of the trip. You do not need to be at peak fitness to participate, but it is important that you have a desire to be physically active, and that you are excited about trying all activities.

Accommodations • We stay at hostels and hotels in each city, in a mixture of doubles, triples, and quad rooms, and leaders stay with students throughout the program.

Climate • Summer temperatures in Spain and Portugal can be very warm, with daytime highs in the 80s and 90s °F in Cáceres and Madrid and slightly cooler in the coastal cities of Lisbon and Barcelona.

Meals • A typical day begins with breakfast at our residence, and we enjoy lunches and dinners at small, local restaurants and cafés, or picnic-style in parks and on waterfronts.

Cuisine • Both Portuguese and Spanish cuisine are prime examples of the healthy Mediterranean diet, using high-quality, simple ingredients, which vary regionally and include rice dishes such as paella, olive oil, fresh seafood, a variety of cheeses, grilled vegetables, and delicious, dry-cured jamón serrano.